The other day I was walking to my car after my workout like normal, but something didn’t feel normal. As I was walking down the hill a man came out of nowhere and walked towards me. It really freaked me out! I started to walk a little faster, kept looking behind me, and questioned why I didn’t wear my backpack that has the whistle. Once I got to my car I realized something, I had seen that man before just a couple of hours earlier eating lunch by the trees in the shade. This man wasn’t out to get me, but to get back to work on the gym. I laughed it off, but why was I so scared?

If you don’t live under a rock then you’ve probably read/heard about the rape case against the Stanford student. Totally wrong of him and many people have shamed him on social media for what he did (including me). If you haven’t read about his case I suggest you do. However he’s all the way in Cali, not effecting me in any way, right?

Wrong. He is basically a counterpart of this movement that has started to push the realization that rape on campuses happen often.  “Among female college students, 23% said they experienced some form of unwanted sexual contact…” (CNN, 2015). Like that’s not okay! Luckily I am not one of those 23%, however it does always sit in the back on my mind that I could be a statistic, which isn’t cool either. 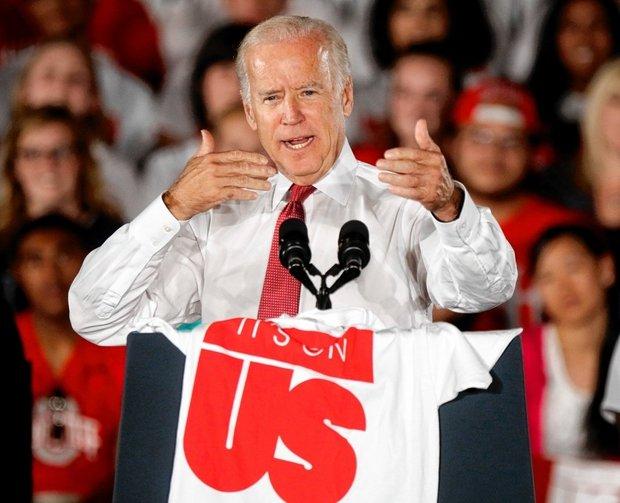 I’m glad we have people on campus and in the nation that care about these issues (like VP Biden) and concern themselves with trying to end it. On the flip side though, I personally feel like I get stats and info shoved into my brain to only scare me. I mean a construction worker scared me! Maybe I am alone in this thought, but I really feel that people and the media basically are telling us to live sheltered lives.

I am proud to say I’m safe zone trained, went to the sexual assault training, and even took a sexual assault training through the IU training online. I could have just scared myself into believing the world is out to get me and others, but with people out there like the Stanford student maybe I am just realizing the truth. Either way it’s a scary statistic that I hope to never be.

Hey! Not trying to push this case down your throat, but read the victims letter. It brought tears to me eyes.

Hey all, I'm Morgan and I'm a senior Communications major here at the East. I like cats, activities at IUE, and napping.