After a full week in Australia, I think it is safe to say, I absolutely love it here! The people are insanely nice and anyone you see, even for a moment, will introduce themselves and have a short conversation with you. It definitely made it easier when moving in and meeting people.

I finally have some pictures for everyone! I want to start with exactly where I am living. I am living in a dorm style apartments called Campus East. As expected they look like dorms but each person gets their own room. We all share a bathroom and a common area, which fortunately has a fridge and a pantry for snacks and things. And when I say we, I mean four other people! So once everyone gets moved in, it’s going to be a bit crowded but hey! That’s where the fun begins right? 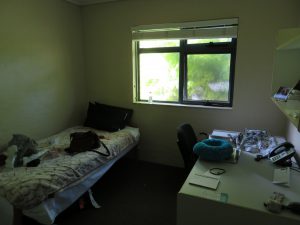 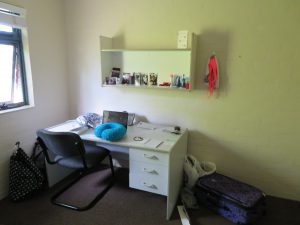 So the pictures here show the actual room I am staying in. It looks just about as small as it actually is but I did get a pretty good sized closet with a full length mirror so I am not complaining! Now I am just waiting for O-week to start getting free stuff and decorating a bit!

O-Week is the orientation week here at UOW. During that week I have been told that there is so much stuff that people give out that half the time, you don’t even have a place for it all! It’s also the time in which everyone goes out and meets everybody! Luckily I have already been out and about a few times so hopefully it won’t be too much of a shock but the way everyone makes it sounds is that literally everybody on campus will go out so I am sure that it will get pretty insane!

Of course I couldn’t leave you guys without giving you a few pictures of the town itself. I am not staying in Wollongong but instead a small suburb called Fairy Meadow. It’s very green and pretty here as I am sure you can see from the pictures below! 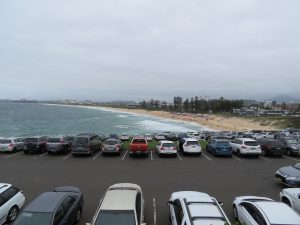 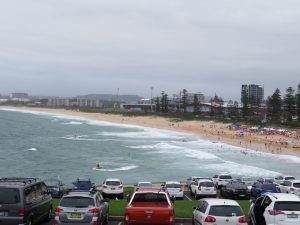 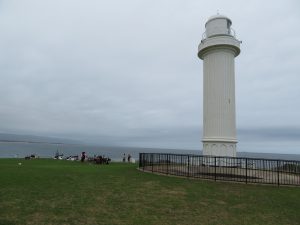 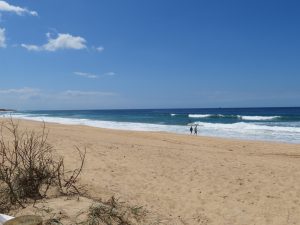 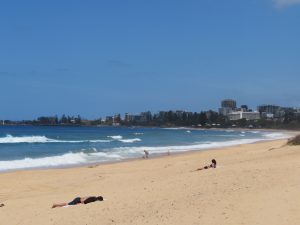 Unfortunately, some of the pictures are too big to fit into this post, but you’ll see them on my Facebook and more than likely Instagram as well!

I did forget to mention one thing! Before I came here, I was paired up with someone who already lives here. They were informed that i would actually be arriving on my birthday so when I met them later on in the week, they brought me a cake! And…. it was really good! But he was able to show me around some more so I hopefully won’t be getting lost again anytime soon! 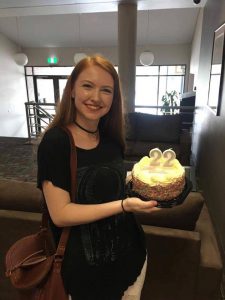 Wednesday nights are when most uni (university) students go out, so tonight I will be experiencing that for the first time. I am not sure how it will be since most of the students aren’t here yet but I am sure it will be heaps of fun either way! The last place we went to was called Retro and they only played music from the 90’s and 2000’s and it brought back so many memories and so much fun to dance and sing along to! Hopefully tonight will be more of the same.

I don’t want to make this post too long so I will go ahead and end it here, but you can be sure that i will be posting more pictures and talking about more things throughout the week! Once a week just gives me too much to talk about!!