Sorry for the long wait on this post. Nothing too exciting happened last week other than classes. Which are finally getting underway and the homework is starting to come in! My happiness class is for sure my favorite class. Even though it is pretty much studying the study of happiness, it is really interesting to hear about and contemplate what exactly makes people happy or what happiness is. Discussions are just really different then what you would think because almost every one in my class has a different opinion on it.

Photography is also a really awesome class! It has made me go out and take pictures but I am learning to take even better photos myself to show you guys! It is really in depth but even if I never remember all of the information, I have already learned an enormous amount!

Creative writing is also up there when it comes to classes. I actually took this back at IU East but I liked it so much, I wanted to take it again. It is interesting to see the differences between each of these classes since they are considered the same thing. At IU East, there is a lot more writing that gets turned in and graded where here, we only turn in two pieces to be graded but the rest we do on our own in class. We also learn about script/screenwriting here where I don’t believe we talked about it back home. The differences between the classes is really fun to observe!!

But other than that, the week was pretty chill. Of course we went out and I did get a few pictures! 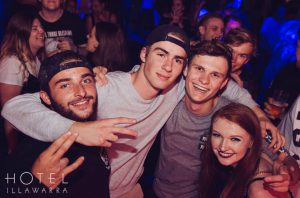 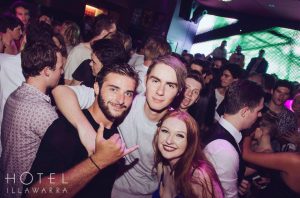 This was at a club called Hotel Illawarra where, on Thursday’s, they play retro music. So pretty much the music I listened to growing up that everyone I hang out with thinks is super old. 😛 But either way, it’s great being able to sing along to every song you hear!

Of course, I have to point out my friends in the pictures. The first two guys on the left we actually met in line that night and we hung out with them pretty much the entire time we were out! Next to them is Sean who was pretty sad he didn’t get a shoutout in my last blog. Here you go buddy!!

And if you look just behind Sean’s head, you’ll see this weird american guy named Mitch that I hang out with. He’s pretty cool though so we keep him around. xD

But this weekend, I actually went to Wodonga with Sean, Kale, and Mitch. It’s six hours away from Wollongong and in an entirely different state. So Wollongong is in New South Wales while Wodonga is in Victoria.

Wodonga was more about what you think Australia would look like if you weren’t on the coast. It was super hot and pretty dry. We also got to see kangaroos!! Unfortunately that also meant seeing them on the side of the road.. But I was able to get a few pictures of some live ones just roaming about. 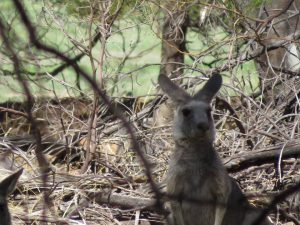 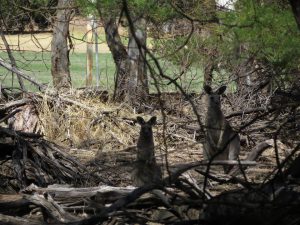 They aren’t the greatest pictures but I am just glad I was able to get some!!

We went to a place where Sean used to work called Aquazone Yarrawonga. Well the town was Yarrawonga. All the town names here are weird by the way. Just as a side note. But it is this gigantic inflatable course in the middle of a lake. It was a ton of fun and also a huge workout! Very much worth it though! 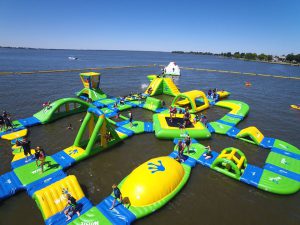 We also went to a place called the wall. It’s just a dam but it was still cool to see and I got some really good pictures! 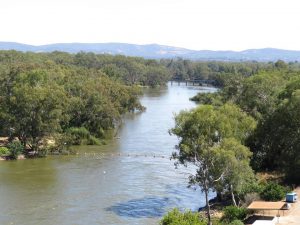 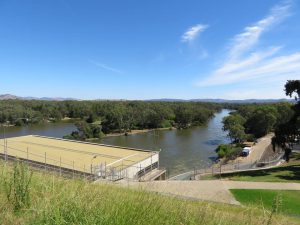 After exploring a bit, we just hung out at Kale’s the rest of the night before heading home the next day. So overall, it was a pretty great weekend!! I can’t wait to explore even more of Australia in the next few months!

Be sure to check out my Facebook album to see other photos I have taken that might not have made the cut!

Oh, and because I said I would, shoutout to Madi just because she wanted one!

One thought on “First Trip Out of Wollongong!”