I’m finding it hard to start this blog because I know it is going to be the last one I do here in Australia. My time is drawing to close and while I am happy to go home and see my family and friends, I am going to miss all my friends here and the memories we all made.

I will be making the most of my last few days here and I have been trying to do small day trips when I can in the last few weeks. One of those weekends, I was able to make it down to Kiama.

Kiama is a town south of Wollongong but they are famous for the Kiama Blowhole! For those of you who don’t know what a blowhole is (I had no idea), it is in geology, a blowhole is formed as sea caves grow landwards and upwards into vertical shafts and expose themselves towards the surface, which can result in blasts of water from the top of the blowhole. So basically it is a hole where water shoots up!

Kiama has the biggest blowhole in the world! Unfortunately it was not as big as it could be while we were there but I was still able to get a few action shots of the water that did come up! 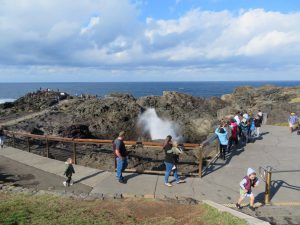 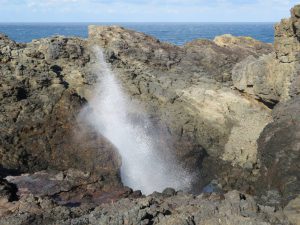 After admiring the blowhole a bit longer, we made our way to just explore Kiama itself for a bit and let me show you how gorgeous it really was. 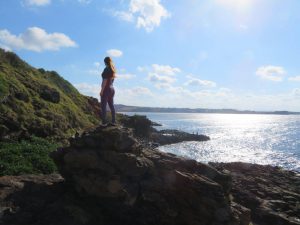 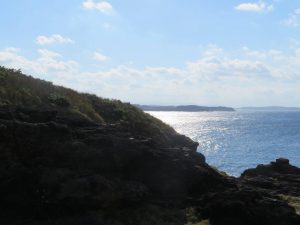 I was in love! They were having a small flea market close by as well so we looked around there for a bit and were able to pet so many animals! It made me miss my dogs back home!

After the market, the two locals that Mitch and I were there with drove us to see the Little Blowhole before we went back to Wollongong. Now that thing was active! Though the cave system and hole was smaller there, the water shot straight up into the air! 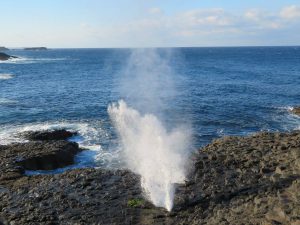 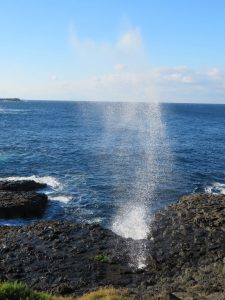 It was very cool to see even if we were only there for a few minutes.

Another cool thing I was able to do was go to Sydney and explore Bondi Beach! Bondi is the name of the suburb the beach is at but it has had numerous films and television series filmed there. Some of the things that have been filmed or based on there are:

It was so pretty and the water was super clear! What made the trip even better though was the fact I was able to spend some time with a girl I met in high school named Nina. She was a foreign exchange student my junior year of high school and I hadn’t seen her in four years. She has an internship in Brisbane and came down to Sydney to explore for the weekend so it was a lot of fun catching up with her and exploring new places! 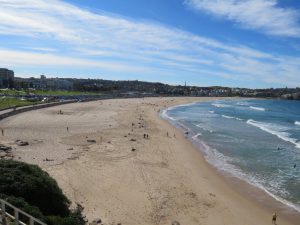 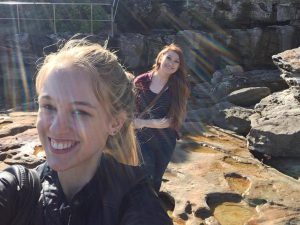 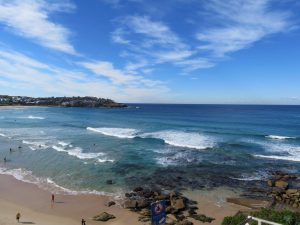 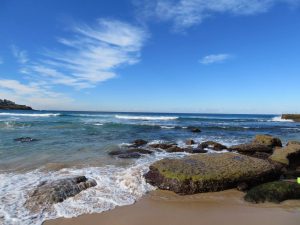 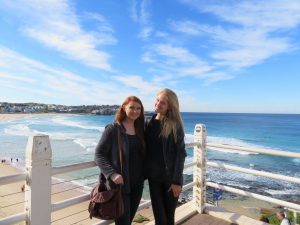 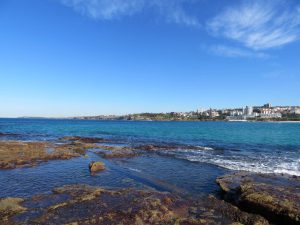 And of course we had to find some big rocks to climb and get some more dangerous looking pictures! 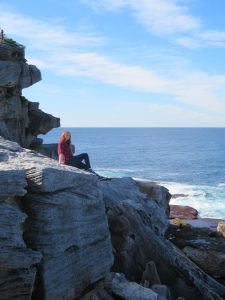 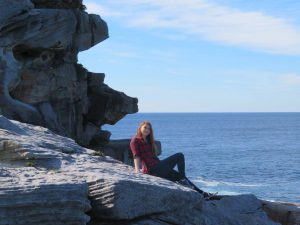 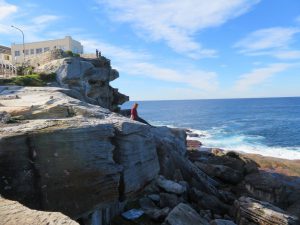 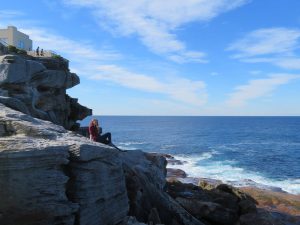 After that, we found Oxford street which has lots of shopping and while she got some things, I mostly tried on weird clothing items we found and window shopped. She ended up coming home to Wollongong with me and staying the night at Campus East until she had to leave to catch her plane back to Brisbane the next morning.

One last thing I have done is just go down to the beach and have a good time! One of my friends invited some others to the beach to have a pancake party where, well, we made and ate pancakes on the beach! Unfortunately, the pancakes didn’t quite work out according to plan but we had fun just talking and chilling out together. Plus watch the sunset over the mountains from the beach was stunning. 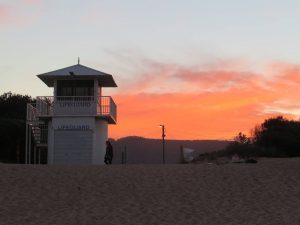 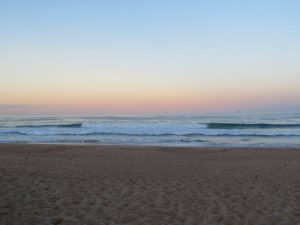 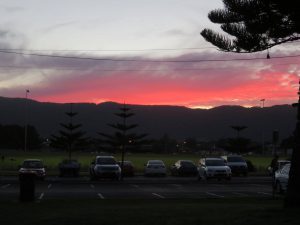 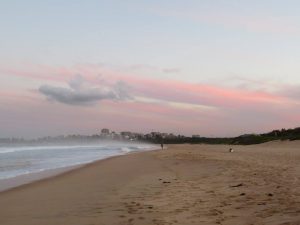 And of course to end this off, we have the dreaded goodbyes to friends. Not everyone has left yet to enjoy break at home, but it doesn’t make it any better watching them slowly trickle out one by one. There were some tears shed and lots of hugs and pictures taken each time though! And I know I won’t forget any of them or the countless memories we have made. 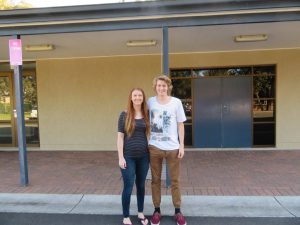 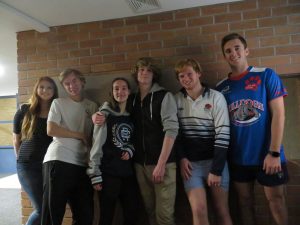 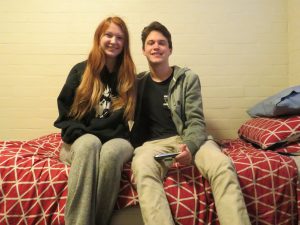 So I’ll end this post the best and most cringey way possible.