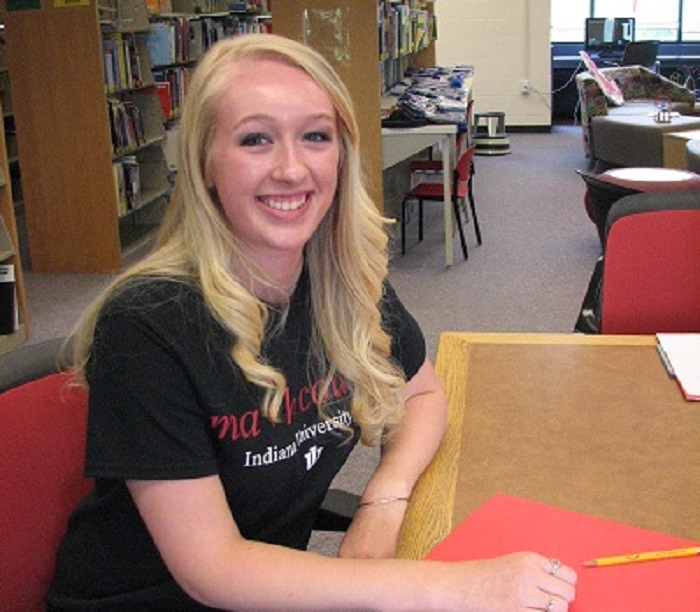 Math has always been one of Ashton Fee’s strong suits. When Ann Tobin, Service-Learning Liaison, asked her to tutor for the Math Counts! program over the summer, she was more than enthusiastic to join. Ashton, a sophomore at Indiana University East with a major in Elementary Education and a minor in Early Education, has been a welcome addition to the program ever since.

Math Counts!, which has served over 75 students to date, began in February 2016 after a successful summer tutoring program at IU East in 2015. Recognizing that the community need for tutors would remain even after the end of summer, Tobin applied for and received a Chancellor’s Innovation Grant to pay tutors for sharing their math skills with K-12 students. Tutoring sessions were held both on- and off-campus, with locations in Eaton, Connersville, Hagerstown and Northeastern High School, among other places. 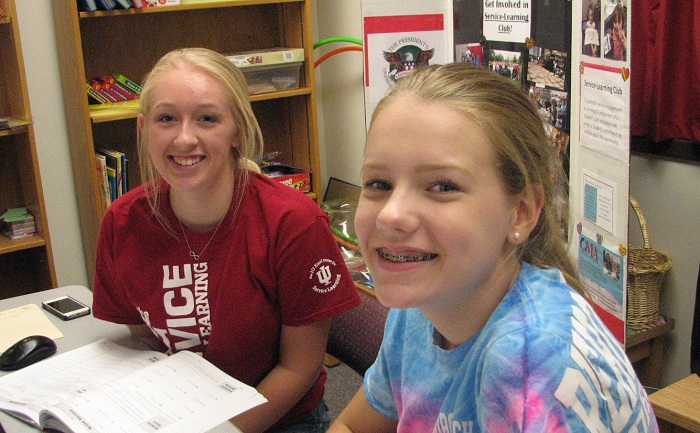 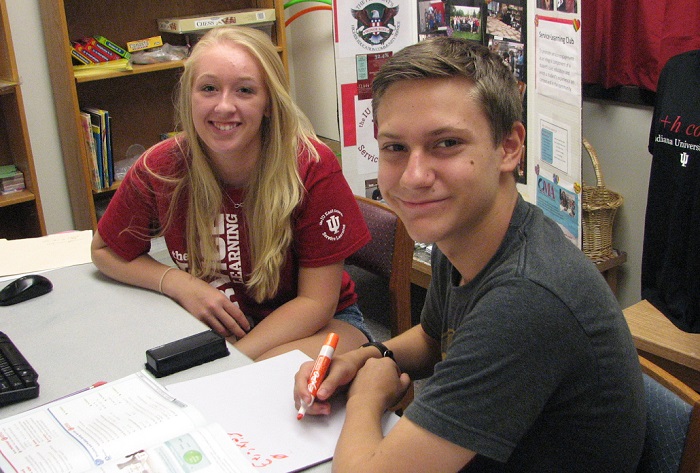 Ashton tutored seven individual students this past summer, but she needed to meet with two of her students off-campus. Seeking a location and supervisor for these two students, Ashton turned to her father, the Assistant Chief of Police in Connersville. Seeing the benefits for community relations as well as providing a safe place for tutoring, her father arranged for the use of the Police Department, an innovative solution for a community need. 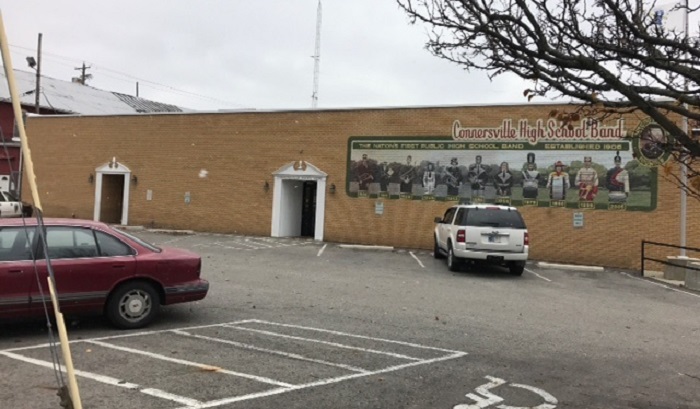 One of the Connersville students who came to the Police facilities for tutoring was a third grade boy. Ashton described how stressful it was in the beginning. “Every time he came he only wanted to talk about hockey,” she explained. 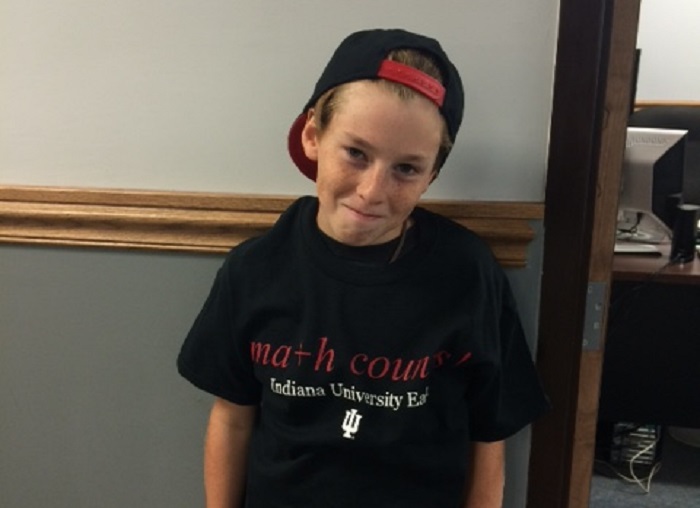 One of Ashton’s students, using the Connersville Police Department as a tutoring site

Taking advantage of his intense interests, she was able to help him make a connection with his math assignments using hockey metaphors and plugging the sport into his lessons. The boy’s mother told Ashton that he went home and described to her all the fun activities they did in the time they spent together. “I was ecstatic that in just eight weeks I got him to enjoy doing math,” Ashton remarked.

Parents of other students under Ashton’s tutelage offered positive evaluations of her work: “Ashton was great with [student]. We could not be happier with the progress he made,” one wrote. Another stated that her child seemed more confident, and a father of one of the tutees said “[Student] continued learning through the summer, kept old knowledge updated, and learned new skills for following school year.”

Ashton also helped with summer school at Maplewood Elementary School in Connersville. Christopher Crisp, an IU East professor and teacher of a 5th grade class at Maplewood Elementary, found Ashton’s assistance invaluable. “With the help of Miss Fee’s tutoring in small groups and whole group instruction all but two students showed growth. Other data points: 8 students had an increase of 20 or points. 1 student increased 45 points on the test,” he noted.

The success Ashton has had with teaching others is not new to her. For 17 years, she danced at a studio, and in high school, she joined the Connersville dance team, the Spartanettes. She said dancing gave her the confidence and skill to be a good teacher because she was a leader on the team.

Math Counts! is a great program for the students, but according to Ashton, there are also ample benefits and opportunities for determined IU East students. Working with children and math is enjoyable, but Ashton relates that the young students can become stressed or frustrated. The tutor’s work can become frustrating as he or she tries new methods of engagement to spark curiosity in the child. If a prospective tutor could not offer flexibility or deliver a lesson with intent, tutoring might not be an ideal opportunity, Ashton commented. For those that do get involved, however, “the look on a child’s face when he or she finally understands is worth it.”

The Center for Service-Learning was not the only group to recognize Ashton’s exemplary service. The Link afterschool program, the site where she originally completed her service, hired her for the 2016-17 school year. Through The Link, Ashton continues to share her creative teaching skills with the Connersville students as well as gaining experience in Education.

“I am on the right track in my career,” Ashton said.

Thanks to generous financial contributions by the IU East Chancellor’s Innovation grant and the Stamm-Koechlein Family Foundation Grant, Math Counts! will continue to be funded into the summer of 2017, giving plenty of other tutors and students more opportunity to learn and grow.

If you would like to be a Math Counts! tutor or if your student needs tutoring in math, please contact The IU East Center for Service-Learning at 765 973 8411 or email iueastsl@iue.edu or go to http://iue.libguides.com/mathcounts