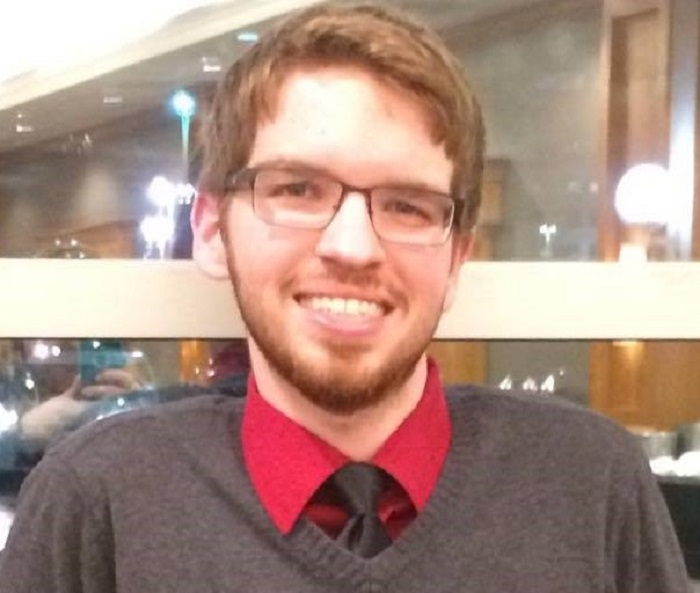 Trevor Boram is a senior at Indiana University East double majoring in Biochemistry and Mathematics. When he began his studies at IU East, he had the career aspiration of going to medical school to become a neurologist. “As I progressed through my undergraduate career, I had many great opportunities, such as being a math tutor, Supplemental Instruction Leader (for Physics), mentor for middle school students, teaching assistant, lab prep, and research assistant. These experiences all ended up being roles that I enjoyed spending much of my time doing, and eventually my service and work in tutoring roles led me to pursue going to graduate school to earn a Ph.D. in Biochemistry instead of going to medical school. I attribute my time spent in service learning and community service as a large factor in determining my future career plans, which I spent much time reflecting on the past year.” This spring, Trevor learned that he has been accepted in the Biochemistry doctoral programs at Ohio State University, Purdue University, and Indiana University in Bloomington. 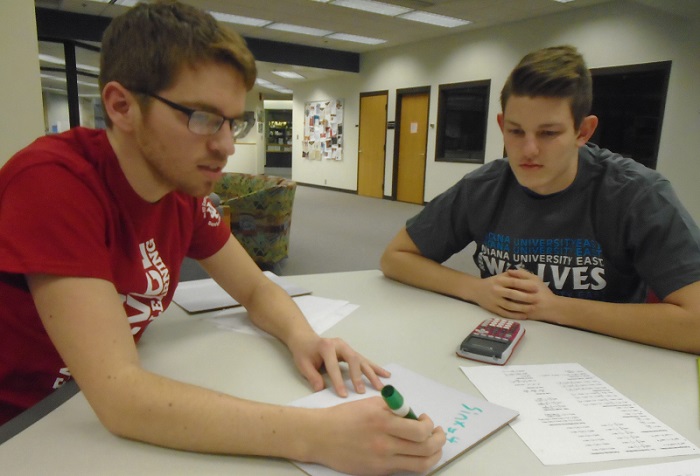 Trevor began his engagement in service learning activities through the Indiana University East Center for Service-Learning (CSL) in the fall of 2014, when the CSL Liaison learned that Trevor was skilled at upper level mathematics. When Trevor learned that Richmond High School was in need of math tutors, he immediately began traveling to Richmond High School every Friday morning to tutor for an hour before he had to go to work (to tutor math at IU East). During this time, he helped four students finish their Algebra 2 course – the last course they needed to graduate with their high school degree. The students he worked with were able to graduate and leave with a diploma the following spring. During this same spring, he also began working with middle school students when he learned that a local middle school was looking for science fair judges. As an avid scientist, he quickly jumped on board for the opportunity to work with these students and evaluate their work, while helping to provide the school with judges. 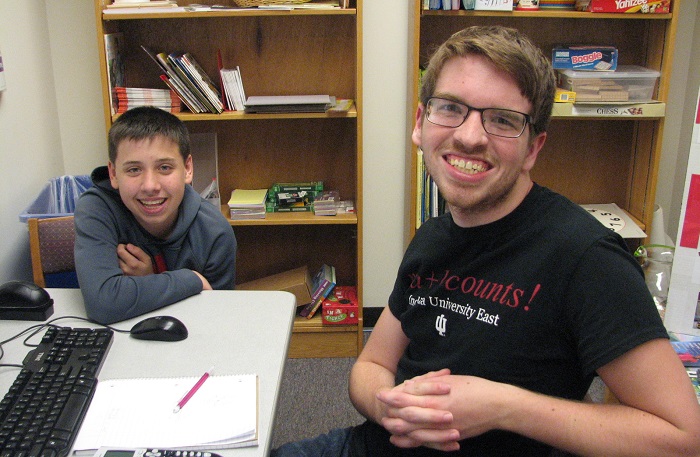 Over the following summer, he worked with CSL’s first Summer Tutoring Program, where he tutored four students throughout the summer in a variety of topics, such as pre-algebra, pre-calculus, algebra 2, and chemistry. This tutoring program provided extra assistance to students who had either previously failed a course, or wanted extra preparation for a course they were taking in the fall. Two of the students he tutored continued coming to campus for tutoring in the fall and spring for chemistry and pre-calculus help. The student who had previously failed pre-calculus earned a B+ this time around, and the chemistry student earned 4/5 on his AP exam, both also getting accepted into universities that year. 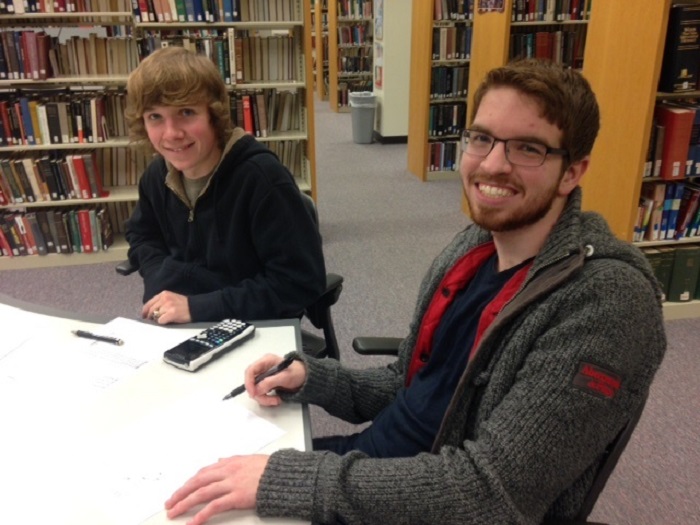 Trevor has been helping this high school student with calculus, so he can be accepted into a college Forestry program

During fall 2015, Trevor continued his service learning experience by traveling to Girls Inc., where he created a series of experiments demonstrating basic physics topics, such as projectile motion, to a group of middle school girls. He brought a projectile launcher that fired foam balls, and held a contest between the girls to see who could fire the foam ball the farthest, while explaining to them what factors increased the distance the ball traveled. A guitar teacher and member of a rock band, Trevor also performed a song he wrote about projectile motion! This experiment along with Trevor’s passion served to create excitement about a science-related topic and helped get the young women interested in Science, Technology, Engineering, and Mathematics (STEM) fields. 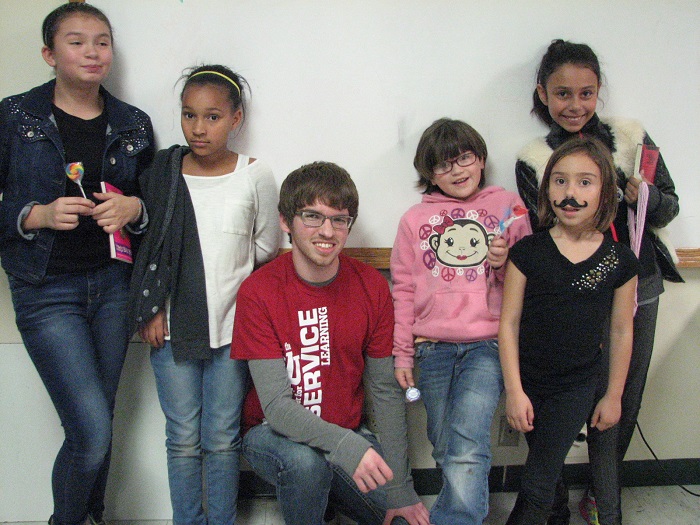 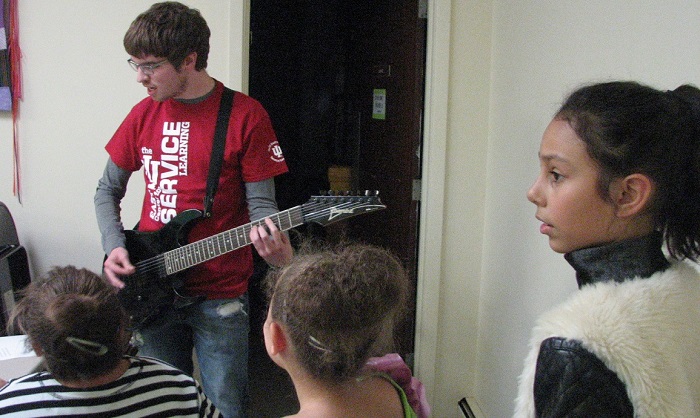 Since February 2016, Trevor has been a most valued member of the Math Counts! Tutoring team, where he has tutored six students in upper level math and chemistry. He has also been serving as a mentor for middle school students at the Hibberd Early College Academy, leading Socratic discussions on important topics, as well as sharing his experience as a college student with the younger students. Trevor said he does this “so they can be better prepared than I was for applying to college and preparing for life after college.” In addition to mentoring, Trevor has made two outreach presentations to the Early College students, promoting studies in the STEM fields. Early College Co-Coordinator and Science Teacher, Tiauna Washington, commended this service saying, “Trevor’s presentation on STEM fields was very beneficial for our students as a lot of them want to pursue STEM careers after high school. It’s nice for a current college student to share their experiences with our students as we strive for them all to attend college!” 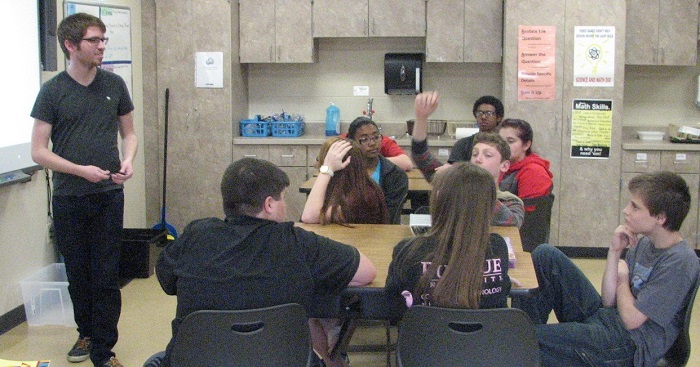 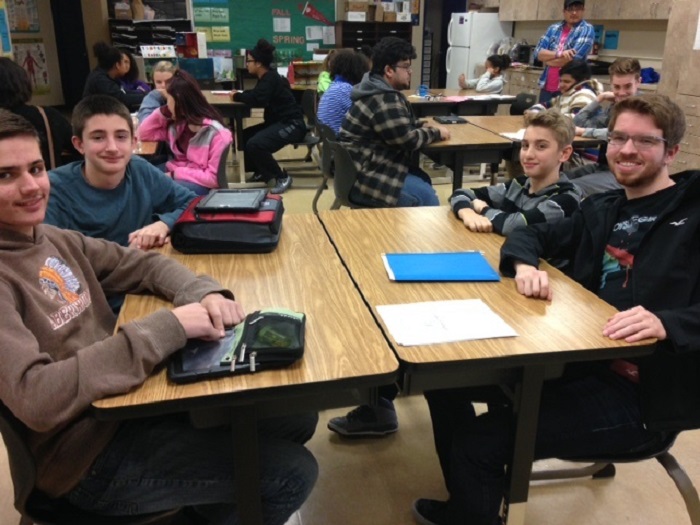 Trevor’s accomplishments outside of service-learning are extensive. Trevor co-taught Organic Chemistry 2, and he served as a teaching assistant to other upper level math and science courses.

Trevor was a 2015 Summer Research Scholar, working with Dr. Yu Kay Law, assistant professor of chemistry, on “The Decay of Excited State DNA: A Molecular Scale Analysis,” and he won 2nd place at Student Research Day 2015 for this research. Summer 2015, Trevor travelled to CalTech with a National Science Foundation grant to study molecular dynamics. In fall 2015, Trevor began working with the Associate Dean of Natural Science and Mathematics, Dr. Hitesh Kathuria, on his research in biochemistry, studying drosophila (fruit flies) exposed to pesticides for gene upregulation. This research was part of an internship in laboratory science, and since then, Trevor has continued this research in a research assistantship position. Other lab experience includes preparing labs for general and organic chemistry, and helping other students succeed in the laboratory setting.

“His GPA at IU East has been a perfect 4.0. His academic performance, leadership skills, ability to handle immense workload has been a testimony to what Trevor is capable of doing…”-Hitesh Rai Kathuria, Ph.D., Associate Professor of Chemistry and Biochemistry at IU East 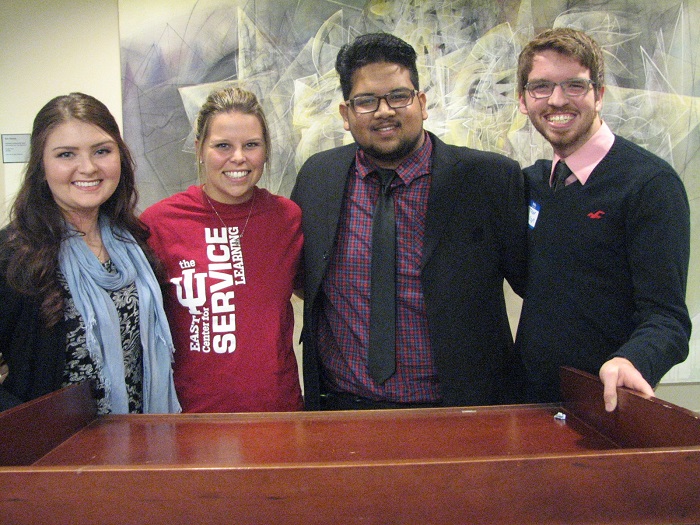 In spite of this high level of performance and considerable workload, Trevor has found time to be an ardent supporter and promoter of service-learning as an admissions ambassador at IU East, as the Chair of Service Learning and Engagement in IU East’s Student Government Association, and in a presentation to IU’s Chancellor and Board of Advisors, detailing the impact of service learning in the community of Richmond. In addition to Trevor’s extensive service on campus, as the Honors Club President, Tri-beta Honors Society President, Math Club President, Pre-Professionals Club President, Student Government Association Manager of Service, and IU East’s Strategic Planning Committee Student Body Representative, he was also an active member in the Service Learning Club and a very active chartering member in the new Circle K International Club at IU East. Through all of his considerable service, Trevor said, “I have formed the roots to grow as a community servant as I prepare to graduate and begin serving the community as a graduate student.” Trevor’s enthusiastic and caring service to help others succeed makes IU East proud, and it is certain to continue into his promising future! 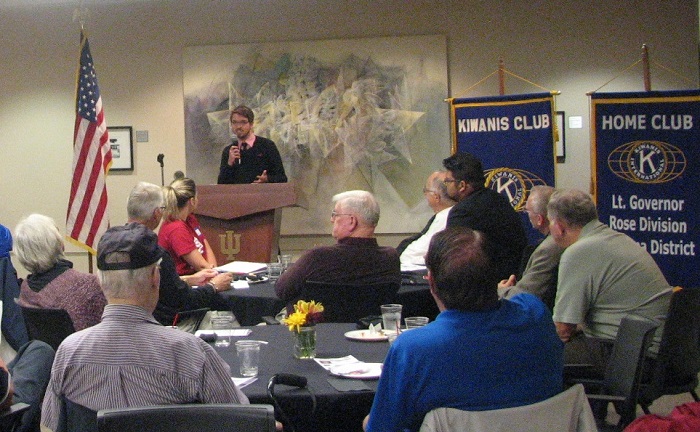