The IU East Campus Library acts not only as a resource for IU East students, but also for the community that the campus serves. This year, the library partnered in several K-12 programs, the largest of which was the Early College 8th Grade Diversity project.

Every year, the IU East Campus Library, as part of its commitment to the Early College program, assists 8th grade students at Hibberd Intermediate School in Richmond, Indiana on a yearlong diversity-oriented research project. This year, the class focused on community development through a civic planning project. Students combined independent research with advice and knowledge from city leaders and experts to develop plans for a better, stronger community. City of Richmond officials came out in full force to hear what the students had to say. As many of the students reflected, this was a rare opportunity for them to be heard by people in charge of their community and they were not going to waste it. Fifteen officials watched the presentations and asked questions, which the students responded to with well-chosen answers reflecting their knowledge.

To begin, the class was divided into six groups, each concerned with a specific area of interest. These groups – Environment, Children, Housing, Diversity, Community and Development – were then tasked with creating a map of Richmond which highlighted their ideal city layout and writing a report which detailed their findings. They were encouraged to outline strengths and weaknesses in Richmond as it is, then present ideas for improvement. As part of the program, students listened to speakers from IU East and the city of Richmond, including professors Mengie Parker and Tim Scales, planning technician Stephen Hughes, Kaitlyn Blansett from Cope Environmental and the mayor himself. Some of the groups came up with suggestions that the city is already considering, such as a park for children with developmental and sensory needs. Other ideas, such as a student exchange program and a “Kids Taxi” service, were designed with the interests of youth in mind as they grow into adults. 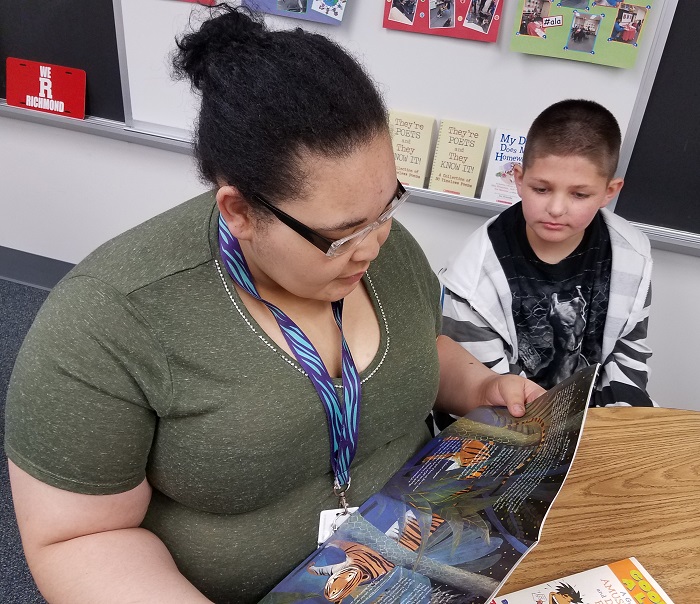 In addition to the yearlong Early College project, IU East Campus Library has engaged in other K-12 programs this academic year. Community Youth Services, an alternative K-12 school for Richmond and Wernle students, has partnered with IU East Library for a teen violence Great Stories Club project. The project, which features the books Thirteen Reasons Why by Jay Asher, It’s Kind of a Funny Story by Ned Vizzini and Romeo and Juliet by William Shakespeare, is funded by a grant from the National Endowment for the Humanities and coordinated by the American Library Association. The program’s goal is to reduce teen violence and teen suicide through an empathetic understanding of these issues using books as a catalyst for discussion and exploration. 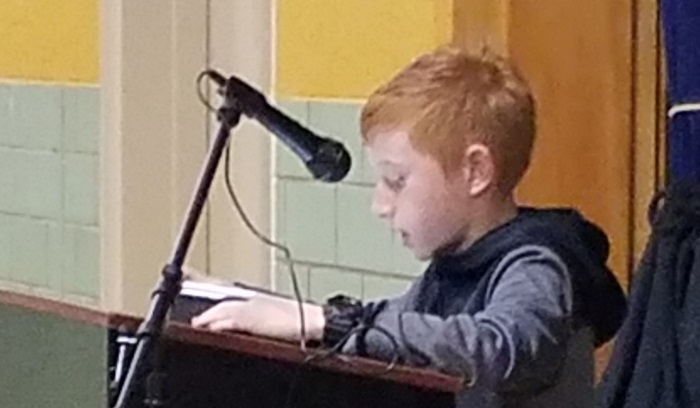 Another new partnership and project celebrates National Poetry Month. In April and May, campus library staff worked with Community Christian Schools for a slam poetry workshop. Over the course of four sessions, students in grades 5-8 learned about poetic forms and structure, wrote and critiqued their own work, then delivered their completed poems in front of their entire school. The poems themselves ranged from insightful to humorous, with subject matter as diverse as death, nature, sports, sunlight and bacon.

Would you like to know more about the library’s role in community engagement? Are you curious about plans for future library programs? Do you have an idea for a partnership for civic engagement, community building or other goals? Ask us! iueref@iue.edu.