This year’s One Book selection, The Girl in the Tangerine Scarf, traces both the life of Khadra Shamy and that of her family, going back two generations. A key moment in the book covers Khadra’s visit to Syria, where she meets with her aunt Teta and learns more about her family history.

Here on campus, we can help you with the same research. All IU East students, faculty and staff have access to Heritage Quest, a rich resource full of census records, city directories, family trees and other related genealogical materials. Heritage Quest, powered by ProQuest and Ancestry.com, can help you discover your background – even the stories that your family has held true for generations. 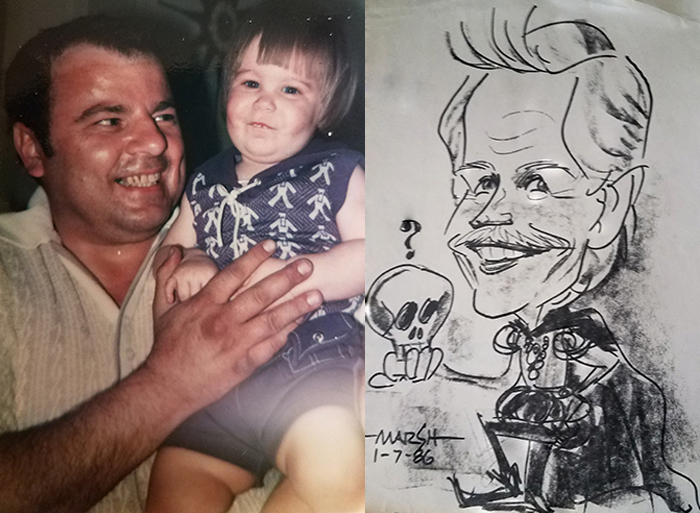 I decided to check it out for myself. My family lore is fractured at best, with very few surviving family members and scant historical records for either side. The Lowes (originally Lower, nee Lowensohn) were said to be German immigrants who came sometime in the 1920’s, while the Roses were an old Portuguese family located in northern California. I decided to check out both claims.

I began with the Lowes, mostly because I had less information to work with. I had known that my father’s high school yearbook said his last name was Lower, and that he changed it in 1964 to avoid his father’s less-than-respectable reputation. With this knowledge, I was pretty sure that his last name had always been Lower until he changed it. I had an idea of where he would be from based on his baptism certificate (with a muddled last name), and I was pretty sure I knew his parents’ first names. However, searches for his father using the latest census records available on Heritage Quest (1940) were fruitless. Then I changed tactics: Instead of searching for my father’s parents using Lower, I used Lowe. Suddenly, they appeared, my father, his parents and his two older siblings, right in the location I expected. The family story about the Lower last name needed more investigation. Turns out the family may have changed their name not in the 1960’s as my father suggested, but in the early 1950’s as my father’s father was in hiding from one of his ignoble deeds. After his father died, my father changed it back to Lowe, his original name. One mystery solved.

The Rose story is somewhat simpler. But only somewhat. Through my mother I had already known the names of her parents, but I did not know who her grandparents were, as they had died when she was young. I was sorting through papers from my late great-uncle when I came across his parents’ wedding certificate, listing their names – my mother’s grandparents’ names. According to Heritage Quest, they had two children, my mother’s father and another son named… Verlin? Who’s that? I had known my uncle’s name was a stage name he had taken early in his career. It was only by matching his records with Heritage Quest and my own memories that I was able to figure out my uncle’s real name. Further, I traced back my mother’s grandfather to a work camp outside Los Angeles in 1915. Another mystery solved.

Heritage Quest is a fascinating, multifaceted tool useful for a variety of genealogical searches. However, it might surprise you with what it turns up. If you have any questions on how to use Heritage Quest, or any of our other databases, ask us! iueref@iue.edu