The tumultuous month of April, 1968 was fifty years ago. It saw a national low on April 4th, when Martin Luther King Jr. was shot. And days later, on April 11th, it saw the high of President Lyndon Johnson signing the Civil Rights Act into law. Locally, it also saw the explosion in downtown Richmond on April 6th – the aftermath of which, in contrast to the violence and arson and riots seen nationwide, saw black and white Richmondites working hand in hand to staunch the damage – putting out fires together, perhaps a sign of hope in the midst of national conflict. 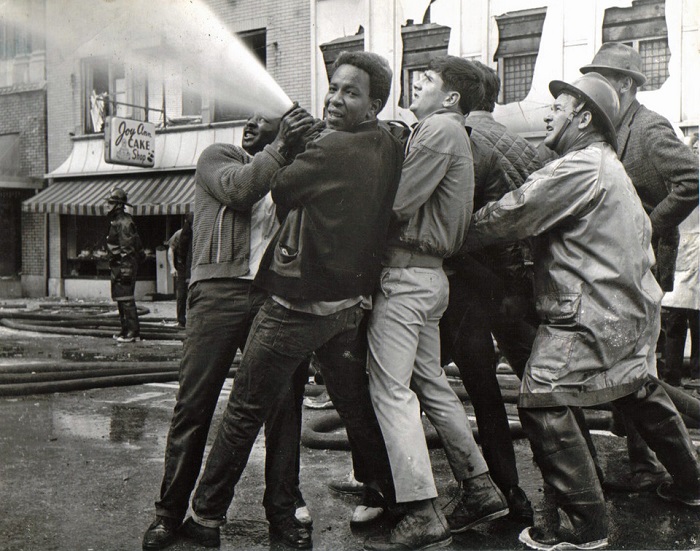 But fifty years later, the march of civil rights is not yet finished. Perhaps this legacy and ongoing journey is the subject of one of your classes. Perhaps you simply want to know more, whether it is about historical events like the freedom riders, current events like the Black Lives Matter movement, or the lives of particular civil rights pioneers and activists. But regardless of what brings you in search of knowledge, the library has plenty of material to satisfy you.

Documentaries can be a great place to begin, and the streaming videos in the AVON database offer an engaging survey of the causes, events, and people of the civil rights movement. Films like America in the 20th Century: The Civil Rights Movement, A More Perfect Union: 1968-2013, Civil Rights: Oh, Freedom!, or even biographical works, such as Julian Bond – who personally came to this campus and spoke in 2005, capture the vitality and yearning of the movement. 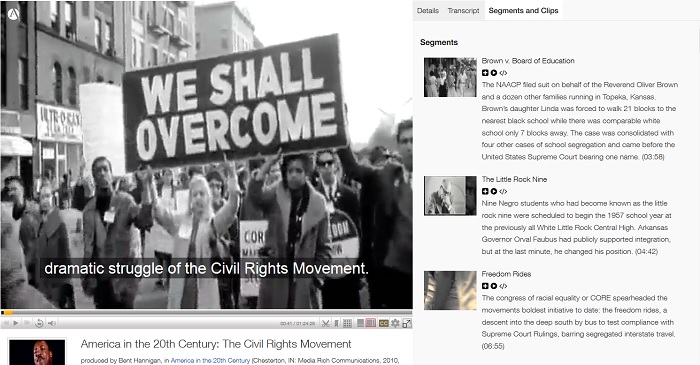 We offer several specialized databases, too, like African-American History Online, which can be browsed by topic or time period, and in addition to reference works and biographies includes plenty of multimedia like videos and pictures; and Black Thought and Culture, which is focused on primary sources – 100,000 pages of interviews, essays, pamphlets, letters, and speeches.

Whatever type of information you need, the library can connect you with it. Need help finding the resources you want? Ask us at iueref@iue.edu!