In August 1619, the White Lion, an English privateer ship, landed in Point Comfort, a small settlement in the new colony of Virginia.  According to John Rolfe, a Jamestown colonist, the cargo was unique in the history of North America.  “20. and odd Negroes” from Angola were sold for food by the privateers “at the best and easyest rate they could.”  This event is the official beginning of slavery in what would eventually be the United States (although it should be noted that slaves were present in North America before then.)  The New York Times has created the 1619 Project, a set of free resources covering the legacy of slavery, including essays, statistics, maps and creative writing. 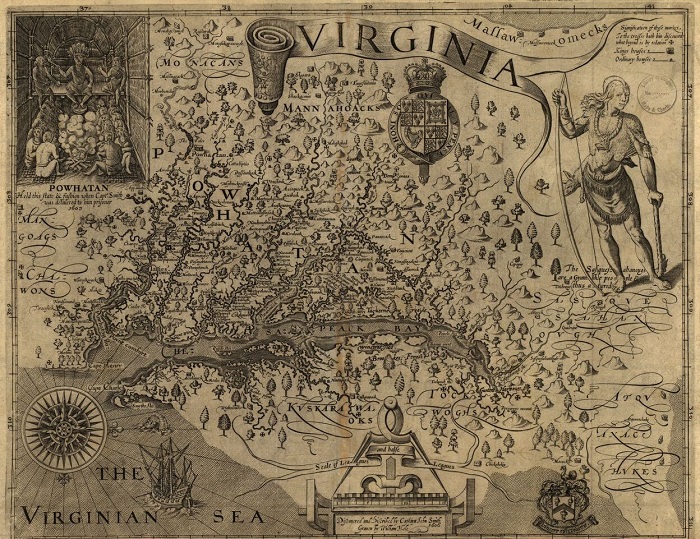 A map of Virginia, 1624.  Point Comfort is in the left center section of the map, on the north side of Chesapeack (sic) Bay, near Powhatan.  Map image courtesy of the Library of Congress.

We know almost none of those first slaves’ names – Antonio and Isabella are among those very few, recorded in early census documents.  What we can surmise, however, is the sense of profound loss that the enslaved men, women and children felt as they were torn away from their homes and suffered every possible injustice in their new lands, up to and including murder.  Parents would poison their own children so that they would avoid the toll of slavery themselves. 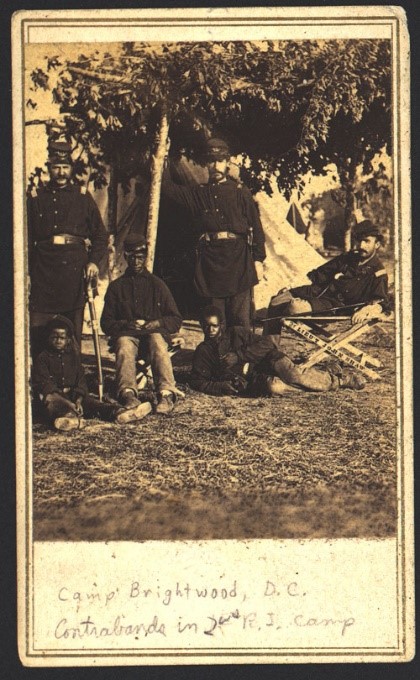 “Contraband” former slaves who fled to the Union side in the Civil War, ca. 1862.  Courtesy of American Memory at the Library of Congress.

But it is what happens after slavery that the 1619 Project focuses on. From economic inequality and low wages to the legacy of popular music, the 1619 Project examines the long-lasting impact and cultural exchange that stems from slavery and African-American culture.  It also investigates the decisions and actions of the US in reaction to slavery.  “Given the choice between modernity and barbarism, prosperity and poverty, lawfulness and cruelty, democracy and totalitarianism, America chose all of the above,” writes Matthew Desmond in an article on capitalism.  The 1619 Project makes a powerful argument that, not only are we as a society still shaped by the past, but actively in dialogue with the worst aspects of it to this day.

If you’d like to know more, we’d be glad to serve as research guides. Just Ask Us! iueref@iue.edu 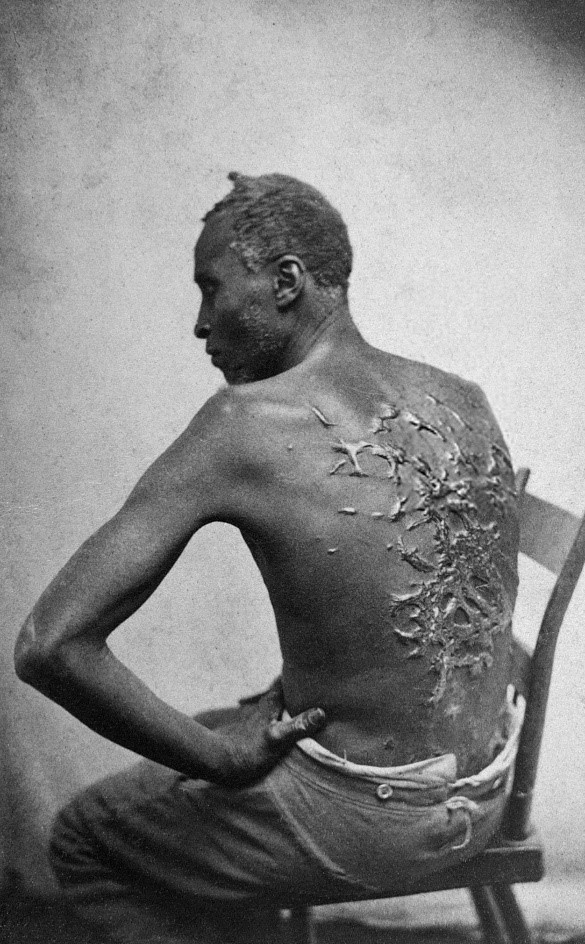 “The past is never dead.  It’s not even past,” wrote William Faulkner.  Echoes of a slave-owning past pop up in many unexpected places.  As recently as 2016, a study was published that demonstrated medical students believed black people felt less pain that white people.  This finding is directly linked to the practice of conducting medical experiments on slaves, and of whipping.  Traffic jams are a result of segregation in urban areas.  Even something as simple as naming one’s children boasts a long and complicated history.  Our entire history is bound in the legacy of slavery, and understanding the past can help us better confront the issues of the present and future.  Interested in learning more about African American history?  Want to uncover more about how slavery affects us today?  Curious about interpretations of history?  Ask us!  iueref@iue.edu