The first week of classes have officially ended here in Australia but that wasn’t the only exciting thing that happened this week! But I don’t want to get ahead of myself.

The first day of classes was very different. My class started at 8:30 which meant we had to catch the bus around 8 or before to get to class on time. My friends and I were able to catch the bus but there were so many, that some people had to be turned away and wait for the next bus. It was absolutely insane how many people there were!

We did make it to class though with minutes to spare and my first lecture (creative writing) began. The lecture classes here are just like they are back home but most are only an hour. But after that, I had my first tutorial. A tutorial is best explained as the part of class where you have seminars or do worksheets. They have a certain amount of time set aside for it. Most of the tutorials are around two hours but my photography tutorial is 4 hours!

Wednesday’s I don’t have any classes so me and another american named Stephen decided we were going to hike up Mt. Keira. 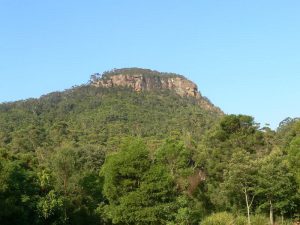 We were both supposed to in the past but were unable to. But he knew where the path was so we started our hike! About halfway through, we lost the path because it just stopped on a road. So we “thought” we found another but we ended up taking a very scenic route up the mountain that involved getting muddy, rock climbing, and scaling a fence to be able to get to the top.

Even with the few scrapes I received, the view was completely worth it. The pictures are too big to place here in the blog, but here is a link to my Facebook album where all the pictures of the hike are available.

After the hike, we got cleaned up and ready to go out for Grand night, which is the universities big night to go out. There are photographers running around taking pictures of everyone and luckily, my friends and I were able to get a shot together! 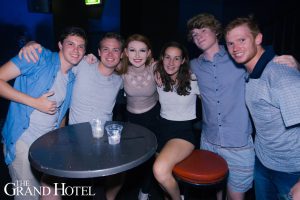 They’re all waiting for their shoutout so here you are guys!! From left to right we have Kale (like the vegetable), Matt (mostly known as Spanny), me, Madi, Rory, and Harry! Of course they’re more people that I hang out with all the time but if they want their shoutout, I need a picture :).

When Thursday came, I finally had my Happiness class, the one I was looking forward to the most! From the syllabus and the first lecture, it sounds like it is about how people see happiness whether it be through a psychological standpoint, sociological, or even economically. I feel that it is going to be a very different but interesting class to go through!

Other than that, we have been having movie nights at the cinema room almost every night. The cinema room is pretty much a giant room with a projector, white wall, and lots of comfy couches. It was a pretty nice find as most other residents don’t know the room exists yet!

But now I have to catch up on this weeks homework and reading. I don’t want to fall behind week one!