Cardiff (Wales) born author Roald Dahl, is considered one of the most beloved authors of the last century. With characters such as Matilda Wormwood, the Grand High Witch, the BFG and Willy Wonka, Dahl’s work has captured the inner desires, fears and identities of children of all ages since the early 1960’s. Even though he died in 1990, his books remain immensely popular – roughly ten million copies of his books are sold each year. 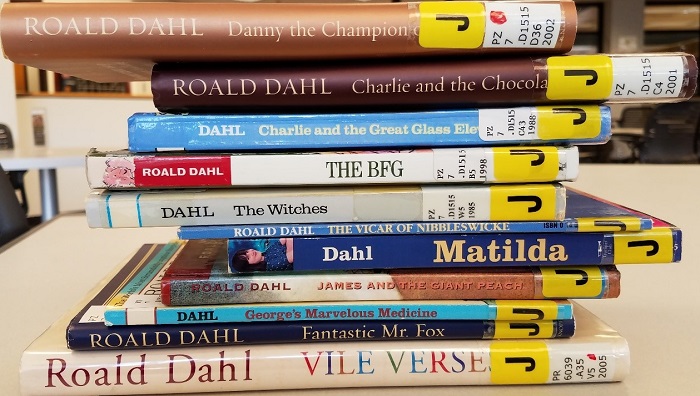 Roald Dahl did not begin life as a writer, nor did it seem a likely career for him. When he graduated from secondary school, he became an employee of Shell Oil and was stationed in Kenya. But shortly after World War II broke out, he enlisted in the Royal Air Force. His plane was shot down over the desert, and after recovering from horrific injuries he was sent to the US to build support for the British war effort.

It was around this time that author C.S. Forester approached Dahl to write some notes of his experiences as an RAF pilot. Forester was so impressed with Dahl’s writing that he sent it to the Saturday Evening Post, launching Dahl’s career as an author. It was his first paid work and his first publication, and he was paid $1000. Ultimately, he wrote three pieces for the journal, which were collected with other pieces in his second book Over to You.

After the war, he began publishing short stories for adults and wrote for a Twilight Zone-style television series called “Tales of the Unexpected”, but today he is best known for his children’s literature. Books such as Matilda, George’s Marvelous Medicine, Charlie and the Chocolate Factory and The BFG have all become beloved modern children’s classics complete with film and stage adaptations. 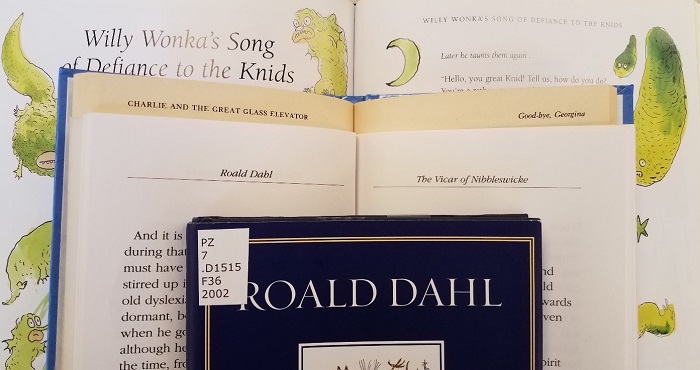 Yet their appeal is not universal. Two of Dahl’s books, James and the Giant Peach and The Witches both appear on ALA’s Frequently Challenged Books List. His Revolting Rhymes has been banned from the Duval County (FL) Public School system, along with other books like Even Cowgirls Get the Blues by Tom Robbins. Some of the reasons for their banning include subversive language and disobedience toward parents. Yet despite his lack of appeal to certain critics and school districts, his work endures on a number of levels. For a man accused of never having grown up, his works remain eternal and effortlessly modern, fresh in a way others only a few years before him many not.

Interested in reading (or re-reading) Dahl’s work for yourself? Want to know more about him as a scriptwriter and playwright? Curious about his critical reputation? Ask us! iueref@iue.edu.