← Back to Library
KT Lowe, poetry May 7, 2018 outreach, Programs mdilwort 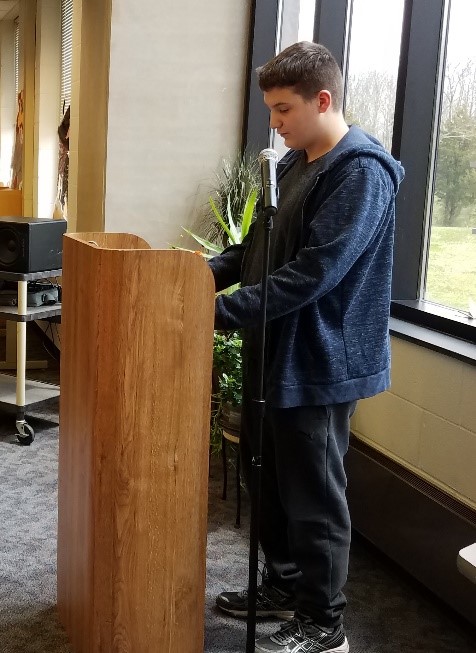 Lowe, who is a published poet, with work published in Wayne Literary Review, Red Fez and other journals, first had students experience some poems written by a variety of authors both famous and unfamiliar, from preteen slam poets to established…. basketball players. After reading and talking about the poems, then students would cover basic poetry mechanics such as rhyme, meter, alliteration and assonance. Most students had heard of other literary devices such as onomatopoeia and incorporated them into their final works. 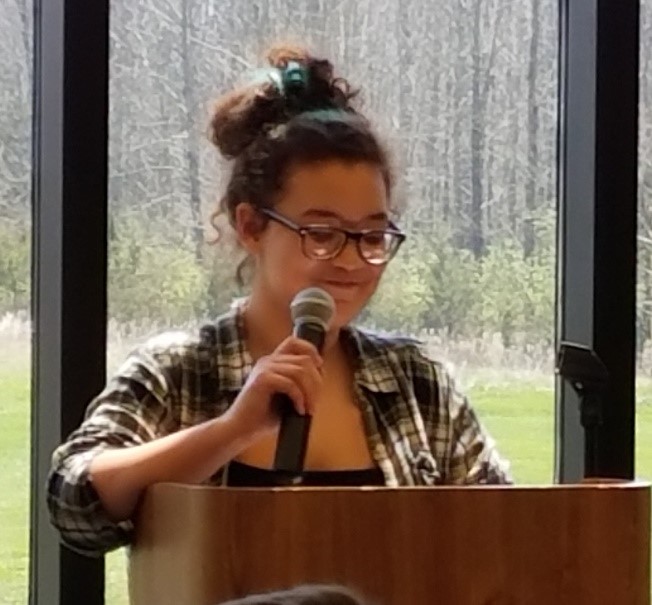 When the second workshop came around, they were ready to write, and first drafts flew out of their Chromebooks and pens. The drafts were then peer-reviewed in small groups and revised over the next week. By the time the third workshop arrived, the poems were ready for their first test drive. Each student read his or her work aloud in front of classmates, with comments made by peers and instructors to strengthen the work. 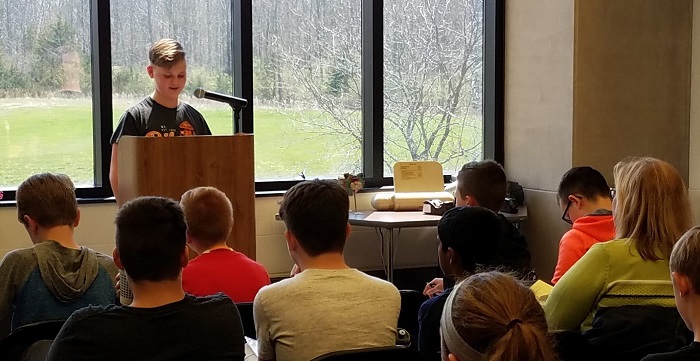 April 25th rolled around with high expectations and a touch of nervousness. The reading event took place in the library atrium, with IU East gear given to all of the students in recognition of their visit. Everyone read extremely well, with plenty of laughs and deep emotion all around. The event was a fun way to close the month’s activities, and an excellent culmination of all the work that had gone into crafting these unique poems. Dr. Jackie Schlichte, who taught English for CCS, commented on the progress of the students throughout the program. “Some students went into the project, fearful of speaking in front of a small classroom. Taking it to the next level, with a performance at IU East gave every middle school student a ‘taste’ of just what they can do when they work hard, have faith, and are encouraged by folks like you in the community. I know we will all be forever thankful.” 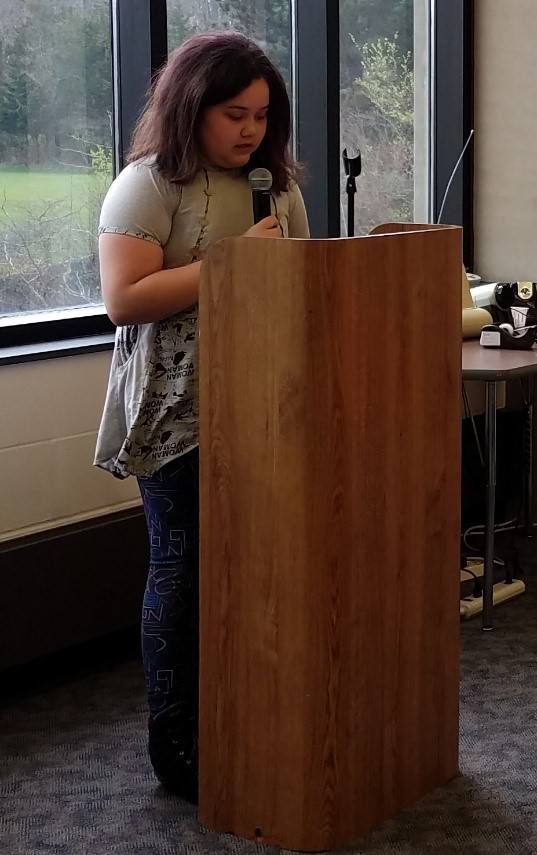 Interested in poetry of all kinds? Want to know more about creating youth literary programs? Curious about community reading ideas? Ask us! liblearn@iue.edu