It’s August – already!  Where did the summer go?  And you haven’t even selected your summer reading yet!  That’s okay.  Speculative fiction is ready for you no matter what time of year it is, and here’s a few picks that are sure to expand your imagination. 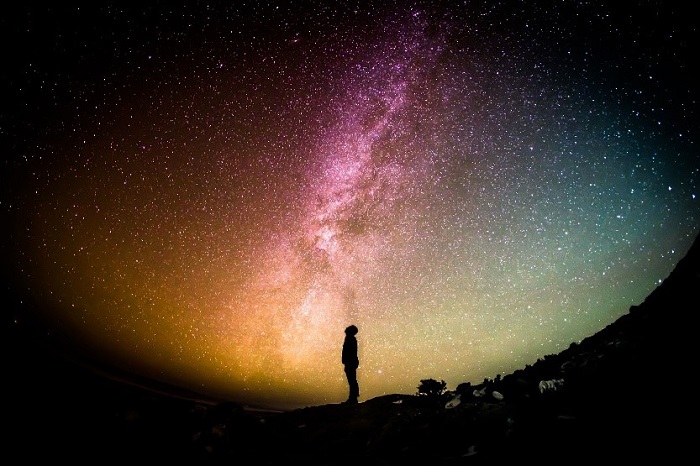 It’s a really big world out there.

But first – what is speculative fiction?  It’s a term that refers to a type of literature that, according to a quote from Robert A. Heinlein, could be described as “fiction about things that have not happened.”  Heinlein was a well-known science fiction author, with novels like Stranger in a Strange Land and Starship Troopers to his credit, and is widely considered the person who invented the term.  Speculative fiction works usually includes elements of science fiction, fantasy, horror, mystery and/or magical realism, but are often set in realistic places, or at least places that seem Earthlike.  Authors who write speculative fiction, therefore, can and do often fall into a number of categories.

It’s probably best to start with a few classics.  Octavia Butler, who may be best known for her Parable of the Sower series, also wrote a standalone novel in 1976.  Kindred is the story of Dana, a black female author who travels back in time at random moments into the life of her slaveowning ancestor, Rufus.  Her job is to set his life straight so that she herself may be born over a century later.  This novel has been adapted into a graphic novel as well.  Nobel-winning author Gabriel Garcia Marquez wrote one of the outstanding works of speculative fiction with One Hundred Years of Solitude.  This novel depicts the history of Macondo, a fictional town in Colombia where people rise bodily from the earth, itinerant travelers have already written the history of the town if only someone could break the text’s code, women live to be over 140 years old and fortune and poverty both pour down their blessings.  Indiana’s own Kurt Vonnegut wrote plenty of novels that would fall under the umbrella of speculative fiction including Breakfast of Champions, Player Piano and his career-making Slaughterhouse-Five.

With a firm historical grip of speculative fiction, it’s time for a modern classic.  Perhaps the most famous speculative fiction novel today is Margaret Atwood’s The Handmaid’s Tale.  Set in the near future in Gilead, narrator Offred details her life as a “handmaiden”, a house servant doomed to sexual and social subservience.  It is the source material for the Hulu series of the same name.  But if you prefer strong, independent female protagonists, Amal el-Mohtar’s Hugo and Nebula award winning story Seasons of Glass and Iron is a fantastic refutation of fairytale tropes.  If cats are your thing, Yoon Ha Lee was nominated for a Nebula award in 2019 for his short story “The Starship and the Temple Cat.”  If alternative history is more to your liking, consider the story that beat Yoon Ha Lee’s work for the Nebula award, about the teeth in George Washington’s dentures.  Or, if you simply want a love story that somehow went wrong, Jonathan Carroll has one centered around… handwriting.

Speculative fiction, as you’ve probably noted, covers plenty of stylistic ground, and continues to be a rich foundation for stories, novels, movies and podcasts.  Want to read more?  Interested in discovering new authors?  Want to try your hand at writing fiction like this?  Ask us!  iueref@iue.edu.